Florianópolis, October 4, 2017 – During the course “Understanding and Treating the Recurrence of Obesity”, that kickstarted the XVIII Brazilian Congress of Bariatric and Metabolic Surgery, experts had the opportunity to discuss the causes and treatment options to the problem of patients who regain weight after bariatric surgery. It’s a consensus that the rise of this surgical subspecialty has led to an increase in corrections of failures resulting from operations. Allegedly, about 25% of the patients will undergo a revisional procedure after the first intervention.

Dr. Natan Zundel, Senior Past President of the International Federation for the Surgery of Obesity (IFSO), said that one of the main problems with recurrence is that there’s no clear standard on how much weight regain after surgery is considered to be normal or not. According to him, it’s necessary to evaluate the causes of this weight regain first. That’s why factors like the amount of regained weight and the time elapsed after the surgery have to be taken into account.

Zundel also highlighted the importance of a patient-centered treatment. Talking to the patients before deciding what’s the best treatment is essential to finding the ideal solution for each case. “It’s important that the patient is evaluated by a multidisciplinary group, including nutritionists, psychologists and surgeons. They must find out about their behavior, for how long they are having this problem, what do they eat. When you understand them better, you’ll be able to choose the most appropriate treatment”, he said. “There’s no single solution to all patients. You need to individualize the treatment”, he adds.

Internationally recognized, Zundel is one of the pioneers in the field of bariatric laparoscopic surgery in the United States. In addition to that, he has been awarded many times in the field of minimally invasive surgery. The doctor also commented on the Brazilian event. “Congresses like this one are important not only to teach the new generations, but to share experiences as well. Since Brazil is the second country in bariatric surgeries, second only to the United States, making the event even more relevant”, he says.

Definitions of Bariatric Surgery Failure Are Not Accurate

Echoing Zundel, Brazilian bariatric endoscopist Manoel dos Passos Galvão Neto, considered to be one of the world’s leading authorities in the field, stated that the definition of success in bariatric surgery is arbitrary. And that the definition of failure is even more arbitrary. “Obesity is a chronic, progressive and incurable disease. And if the failure rates are high, they are much better than any other clinical treatment”, he adds.

Spanish doctor Antonio Torres spoke about the best revisional procedures available for correcting gastric sleeve surgery failures. “The great question is what to do with weight regaining patients. That’s a real challenge”, he said. Then, he presented the SADI-S method (Single Anastomosis Duodeno-Ileal bypass with Sleeve gastrectomy) that he describes as being the most versatile and recommendable solution for those cases. Roughly speaking, it consists of a simplification of the duodenal switch method.

According to him, SADI-S is the preferred method for metabolic patients and for those with supermorbid obesity. Torres also points out that SADI-S – a procedure that’s still not recognized in Brazil – results in effective weight loss and improvement in comorbidities associated with obesity. The method is also thought to result in a low number of side effects and other complications. However, it is not recommended for elderly patients or those who suffer with severe gastric reflux.

During the course, Mexican doctor Juan Antonio Corvala addressed the topic “What is the best revisional procedure after LAGB failure?”. Among the possible causes for laparoscopic adjustable gastric band failure are erosion, slippage, pouch enlargement, hiatal hernia, esophageal dilatation and foreign body rejection. Corvala stressed that prior to the revisional procedure it’s important to inform the patient about all the benefits, but also about the risks involved.

Like his colleagues, he emphasized the importance of a multidisciplinary group to follow up with the patient. In addition, Corvala recommends an accurate diagnosis of the causes of the failure of the first surgery, surveying the complete clinical history of the patient.

After the presentation, the session was opened for questions, followed by a debate with the lecturers. “The regaining of weight is part of our routine as professionals and we have to learn to deal with it. It’s interesting to follow discussions among surgeons because each one of them has a different point of view, contributing to find the best solutions.”, concluded the nutritionist Alessandra Coelho, one of the moderators of the debate. 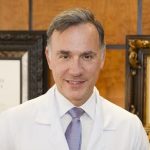 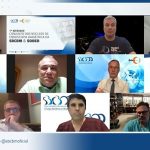