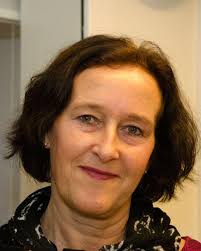 The professor of metabolic research at the Wallenberg Laboratory and co-director of the strategic research department at the Sahlgrenska Center for Metabolic and Cardiovascular Research, located in Gothenburg (Sweden), Dr. Lena Carlsson, presents the results of her studies at the 19thedition of the Brazilian Congress of Bariatric and Metabolic Surgery, which began on Wednesday, June 6th, in Fortaleza.

With researches focused on the long-term effects of bariatric procedures and the molecular aspects involved in the development of obesity and its associated metabolic diseases, Lena seemed excited to participate in the event and exchange experiences with Brazilian physicians. “I know Brazil is a country where many bariatric surgeries are performed, so I’m really looking forward to participating in the meetings that will be held during the Congress”, she said.

In her lectures, Dr. Calrsson will present the results of her main study, the Swedish Obese Subjects (SOS), developed since 1987 at the Sahlgrenska Academy. The study consists of the follow-up of diseases associated with obesity in adults, who underwent bariatric and metabolic surgery procedures, such as the gastric bypass. Among other issues, the SOS argues that obese patients with type 2 diabetes, especially in the early stage of the disease, should have priority in the queue for metabolic/bariatric surgery in comparison to obese patients who do not have the disease, since many of them are able to reverse the condition of diabetes after surgery. “The most important message I want to pass on to my colleagues during the event is that in our study we were able to identify that the early stage of diabetes is very dangerous, even if the patient never develops type 2 diabetes. If the patient is ‘pre-diabetic’, he already has great chances of having future complications due to the disease. I believe this is a disease that should be better treated. The beginning of diabetes is not like the beginning of any disease whatsoever. It is very harmful”, she explained.

Regarding the bariatric treatment that provides more effective long-term results, Dr. Carlsson said that her study has not yet been able to reach a final conclusion. “When we look at the positive effects of bariatric techniques used in our study – some of them are not even being applied anymore – we cannot identify many differences between them. And not to mention that, with the use of other techniques, different from those we are analyzing, the patient is also able to lose enough weight to achieve positive results and prevent morbidities”, she pointed out. 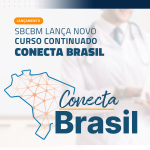 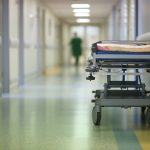