The event will bring the world´s most renowned experts in the treatment of obesity and metabolic diseases. In all, 1.8 thousand professionals – among surgeons, endocrinologists, physical educators, nutritionists, psychiatrists and others – are registered in the Congress.

“We are going to approach and discuss the latest developments and scientific advances of bariatric surgery in the world,” says Congress President Marcos Leão Vilas Boas, who is also the current president of SBCBM.

This year’s Congress theme is “Integrated Treatment – Bariatric Surgery and Quality of Life” and will explore new topics in the surgical treatment of obesity.
“We need to democratize access to bariatric and metabolic surgery, offering the best treatment for the large number of people who need attention and have reduced quality and life expectancy,” said SBCBM president Marcos Leão Vilas Boas.

Numbers – In 2017, about 39.5 million Brazilians were diagnosed with obesity, a figure 78% higher than in 2006. The total estimated cost for treating the consequences of obesity is R$ 84.3 billion/year. Brazil is the second country in the world in number of bariatric surgeries performed, with 100 thousand surgeries/year and losing only to the United States.

INTERNATIONAL GUESTS – International guests include the Orlando´s Health Bariatric Surgeon and Professor of Surgery at the University of Central Florida, André Teixeira (USA); Professor of the Department of Surgery at the Faculty of Medicine of Virginia and President of the Bariatric and Gastrointestinal Surgery Division, Guilherme M. Campos (USA).

Also present will be the coordinator of the Multidisciplinary Center for Metabolic Disease of CLISA-Lusíada, Rui Ribeiro (Portugal); the Professor and Vice President of the Fiu Herbert Wertheim College of Medicine Department of Surgery, Natan Zundel (USA); former president of the IFSO, former president of the American Society for Bariatric and Metabolic Surgery (ASMBS) and medical director of Bariatric Surgery at the CHI Memorial Hospital, Chattanooga, Tennessee, Jaime Ponce (USA); the President of the Board of Directors of IFSO, Governor of the Spanish Chapter of the American College of Surgeons (ACS) and Head of the Department of General Surgery of the Complutense University of Madrid, Antonio José Torres Garcia (Spain) and elected President of the American Society of Metabolic and Bariatric Surgery, surgeon at Bon Secours Maryview Medical Center in Portsmouth and Bon Secours DePaul Medical Center in Norfolk, Eric DeMaria (USA). 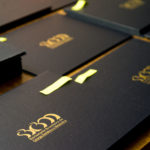 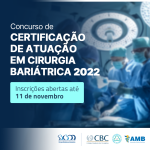